What does Om Namah Shivaya mean and its importance?

How should you chant the mantra? 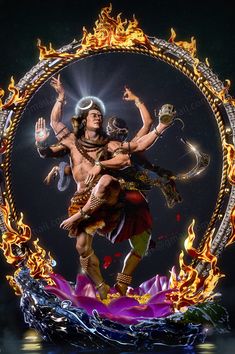 Om namah shivaya (Sanskrit) is a beautiful and beloved prayer and mantra that can be chanted or sung. This popular prayer in India directly means “my salutations to Shiva”; the auspicious and gracious one”. It is also perceived to mean, “I bow to Shiva” or “adoration to Shiva”.

Om Namah Shivay! It isn’t just a chant, it’s a multiverse. This mantra can be traced back to thousands of years ago. In fact, it’s hard to think about a more famous mantra in India than Om Namah Shivaya. This mantra is the most significant type of devotion to the Shaivism group of Hinduism.

Om Namah Shivay mantra is a passage to know and understand your own self, to dedicate some time to your inner self. The sound vibration of the mantra is said to be an exceptionally purified articulation of our deepest nature.

Let us understand the meaning of the chant word by word:

Om: Before the Universe, there was void of vibrations and pure existence. Out of the vibration came the sound of ‘Om’ and then the Universe was formed.

Namah: It means to bow

Shivay: It means Shiva or inner self.

In general it means “I Bow down to Shiva”. In a way, it means bowing down to your own self as Shiva resides in all as own consciousness. The mantra is said to be the five-syllable mantra, na ma si va ya; na represents earth, ma water, si fire, va air, and ya ether.

In exploring the signs of the total the number five comes up. Five toes, fingers, five senses, elements, and so on. Shiva is said to have five activities: to create, to keep up, to pulverize, to disguise, and to effortlessly reveal. This mantra filters our activities and practices tuning them to the purified activities of Shiva, of the source.

Our five faculties of smelling, tasting, seeing, feeling, and hearing are likewise filtered and refined. The strength of the earth, the liquidity of water, the hotness of fire, the vaporous and imperceptible nature of air, and ultimately ether or the nature of the room. Chanting of the mantra refines and cleans these components or parts of our being.

How does the Om Namah Shivay mantra heal you?

Om Namah Shivaya mantra tames your ego and animosity. It shows you the right path and mitigates worry from your overburdened mind. This Mantra is exceptionally ground-breaking in reducing the unsafe impacts of the negative “grahas” (planets). It also limits any terrible effect on your natal diagram that you may conceive from the negative impact of these planets.

How should you chant the mantra?

How to practice the Mantra?

There is no ritual or ceremony involved with the mantra. It is just a simple mantra which means that it can be performed anywhere. The only thing you need to be clear about is that you must sit in an upright position. You can chant the mantra while sitting on a chair, in a car or even in your office or school.