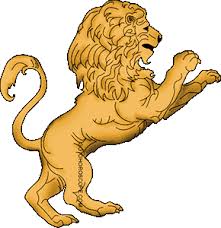 Leo is the fifth sign of the astrological year and is known by its astrological symbol, the Lion. Interesting facts about Leo that is they love to be in the limelight, which is why many of them make a career in the performing arts.

Below are 20 interesting facts about Leo man and woman personality.

Facts 1
Whether you agree with them or not, a Leo will always take a stand even when everyone else runs like a coward

Fact 2
A Leo worries more than you may think, especially about their loved ones. They really care and stuff.

Fact 3
Leo can read others’ intentions discreetly and usually with accuracy.

Fact 4
If a Leo wants you, you will be their prey. Trust me. They’ll get you.

Fact 5
Leos really don’t ever grow up. They always have childish side to them

Fact 7
When hurt, they prefer to suffer in private in the comfort of their own home.

Fact 8
Confident on the outside but sensitive on the inside. They will never let you see them break mentally or physically

Fact 9
As a Leo you’re so good at making other people happy, but when it comes to your own happiness you seem to neglect it.

Fact 10
Leo when they’re pissed at you: I love you and all but fuck you right now seriously.

Fact 11
If you date a Leo, loyalty and love are basically guaranteed. You’ll never have to question where they stand.

Fact 12
Their eyes: They have strong and admirable eyes. You will never experience as much confidence in the eyes of any other sign.

Fact 13
A Leo mentality: I dare you to find someone who loves you more than I do.

Fact 15
If you date a Leo, loyalty, and love are basically guaranteed. you’ll never have to question where they stand

Fact 16
Leo is not called the “Lion” for no reason. They protect their own, can hold their own… and will be respected.

Fact 17
Something a Leo cares too much about something unhealthy and it destroys them.

Fact 18
Leos don’t even have to try hard to get you laughing, they say some of the most random things.

Fact 20
They don’t want anyone to know they are suffering and won’t talk about it unless you bring it up first.

1. One of the most iconic Leos is Barack Obama, born on August 4. He made history by becoming the first black president of the United States.

2.Multi-award-winning actress Viola Davis born on August 11, is a Leo. She’s extremely talented and the first black actor to win a Tony, Emmy, and Oscar for acting.

3.Born on August 16, pop star Madonna is a Leo. She’s constantly reinventing her style, which secured her place as the best-selling female musical artist.

4.Mick Jagger, born on July 26, is a Leo. He’s one of the lead singers for The Rolling Stones and a rock legend.

5.Jacqueline Kennedy, former United States First Lady, is a Leo born on July 28. Her beautiful marriage to the 35th US president, John F. Kennedy, is proof of Leo and Gemini’s love match.

Leos always leave a mark wherever they’re found. They make great friends because they’re loyal. However, they can be quite stubborn and selfish sometimes. This may strain their relationship with others. If you’re a Leo, you can stand tall because you’re a natural leader.